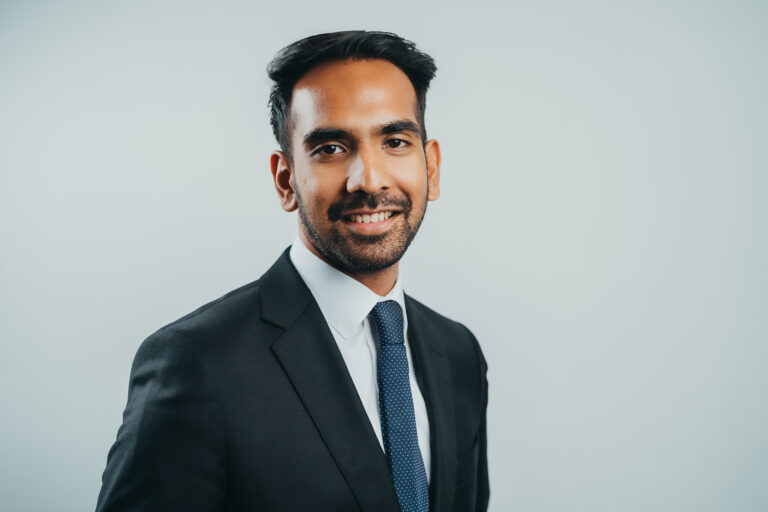 Bilshan regularly appears in commercial, corporate, employment and tax matters before all jurisdictions in Mauritius, as well as in international arbitrations and mediations. He is described in Chambers and Partners’ Global 2022 Rankings as “an up-and-coming lawyer who advises clients on commercial arbitration, insolvency and asset recovery matters.”

Mar 2021-present: Counsel for Cairn Energy in an application to enforce an international arbitral award of c.USD 1.2 billion against the Republic of India before the Supreme Court of Mauritius.

Oct 2020-present: Counsel for an oil drilling contractor in an application to enforce an international arbitral award of c.USD 8 million before the Supreme Court of Mauritius, as well as an application for interim remedies.

Sep 2020-Jan 2021: Retained by Betamax Ltd to assist panel of English lawyers (led by Mark Howard QC and Salim Moollan QC) in an appeal to the Privy Council against the judgment of the Supreme Court of Mauritius to set aside an arbitral award of c.USD 115 million for public policy considerations. Appeal upheld.

May 2019-Sep 2019: Instructed by a US-based litigation funder to advise on taking security interest in an arbitration claim and its proceeds.

Apr 2018–Sep 2019: Junior Counsel for a private equity fund (claimant) in an LCIA-MIAC arbitration seated in Mauritius. The claimant successfully claimed USD 4 million of damages against another fund for unlawful termination / repudiatory breach of a share purchase agreement through which the claimant would have exited an investment in India. Lead role in discussing case strategy, drafting pleadings and witness statements, liaising with Indian Counsel on issues of Indian law and acting as the client’s regular point of contact.

Mar 2018–Apr 2019: Advised King & Spalding, London on Mauritius law issues that arise in a series of arbitral proceedings commenced by US-based investors against an offshore fund which is incorporated in Mauritius to develop high-end real estate projects in India. Certain investors (the claimants) allege inter alia mismanagement of the fund by the directors and fraud committed by the fund’s management company.

Feb 2015–Apr 2019: Junior Counsel for Betamax Ltd (led by Stuart Isaacs, QC from King & Spalding, London), a Mauritian company, in a dispute against the State Trading Corporation (“STC”), which is the trading arm of the Government of Mauritius. Betamax Ltd owns an oil tanker. The dispute arose from STC’s termination of a long-term contract of affreightment with Betamax Ltd. Successfully appeared for Betamax Ltd (claimant) in a SIAC arbitration seated in Mauritius and in which the sole arbitrator (Dr Michael Pryles) awarded damages of c.USD 115 million against STC. Appeared for Betamax Ltd in enforcement proceedings before the Supreme Court of Mauritius. Instructed and assisted Indian Counsel in enforcement proceedings before the High Court of Karnataka in India, where Betamax Ltd seeks to enforce the arbitral award against petroleum products purchased by STC in Mangalore.

Jun 2021-present: Counsel for the Saint Aubin Group in a series of proceedings before the Supreme Court of Mauritius to resist winding-up and enforcement of disputed debts against significant assets.

Nov 2020-present: Acting for a real estate promoter in a dispute against a local bank regarding the enforcement of a performance bond. The dispute raises important questions regarding the operation of a performance bond as a security instrument under Mauritius law, in particular whether the beneficiary has a direct and immediate action against the issuer of the bond without having to first seek remedies against the principal party under the construction agreement.

Oct 2020-present: Acting for a private equity investment vehicle in a dispute relating to an outstanding loan in the amount of USD 6.7 million given to a deceased shareholder and the company’s refusal to register the purported transfer of shares to the estate of that shareholder.

Oct 2020-present: Acting for an investment company in insolvency proceedings before the Bankruptcy Division of the Supreme Court against a corporate guarantor for recovery of an undisputed MUR 15 million debt. The dispute raises an important question as to whether the service of a statutory demand on an insolvent debtor is abusive in the circumstances where it may be possible for the creditor to enforce its debt against a security provided by the debtor.

Aug 2020-present: Acting for the Mauritius Duty Free Paradise in a dispute against a local bank in relation to an alleged debt in the amount of MUR 40 million and attachment proceedings initiated by the bank for that sum.

Jun 2020-present: Acting for a Jersey-incorporated Trust in insolvency proceedings before the Supreme Court of Mauritius against a Mauritius SPV that funds digital banking services and products in Africa. The dispute arises from the SPV’s default under a promissory note governed by the laws of the State of New York for the amount of USD 10 million plus interests.

Jan 2020-Aug 2020: Successfully appeared as Counsel for a private equity investment vehicle (set up to acquire refined petroleum storage tank farms across West Africa) to resist an application for an injunction before the Judge in Chambers that purported to prevent the conversion of convertible loans into ordinary shares.

Feb 2018-Apr 2019: Instructed by Dentons Mauritius and Linklaters Singapore as junior Counsel to appear for officers and affiliates of PT Bank J Trust Indonesia Tbk (“BJI”) in a series of proceedings before the Supreme Court of Mauritius to resist claims amounting to c. USD 400 million, as well as enforce foreign judgments that have reversed the effect of previous judgments of the Supreme Court of Mauritius.

Nov 2018: Successfully appeared as junior Counsel for the Sugar Insurance Fund Board (respondent) in an appeal before the Judicial Committee of the Privy Council against the decision of the Supreme Court of Mauritius upholding an order of injunction issued by the Judge in Chambers to prevent the respondent’s assets from being seized. Judgment: Bissonauth v Sugar Insurance Fund Board [2018] UKPC 33.

Jul 2020-Feb 2021: Counsel for a petroleum corporation in proceedings before the Redundancy Board in the context of a global restructuring of its operations and a claim for severance allowance in the amount of c. MUR 23 million for alleged unjustified termination.

Mar 2020-present: Counsel for the Head of Investment Strategy of a listed company in Mauritius in a claim before the Industrial Court for severance allowance for constructive dismissal.

Nov 2016-Jul 2021: Counsel for the Chief Investment Officer of a listed company in Mauritius in a claim before the Industrial Court for severance allowance for unjustified termination, including victimisation for whistleblowing.

Apr 2019: Junior Counsel before the Judicial Committee of the Privy Council in an appeal concerning the proper construction of the legislative provisions relating to the payment of severance allowance for unjustified dismissal (United Docks Limited v Marc Doger de Speville [2019] UKPC 28).

Getting the Deal Through, Labour & Employment (2021) – Chapter on Mauritius

Does an arbitration agreement protect a debtor from the threat of liquidation? – Hogan Lovells ARBlog (Co-author), 27 July 2020

Should the Courts Intervene to Prevent an Invalid Arbitration?, MARC Insights 2019 (Co-author)

Getting the Deal Through – Litigation Funding, Co-author of chapter on Mauritius (2018 & 2019)